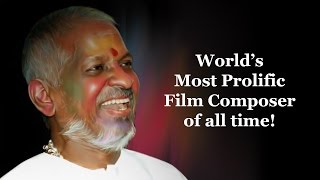 Hello Everybody, I am Julian Karikalan, the Writer/Director of "Love and Love Only", the first-ever English film for which Maestro Ilaiyaraaja has composed original songs and the complete background score. As you all know, Maestro Ilaiyaraaja is the world's most prolific film composer with more than 1000+ films and 8000+ songs, and still counting. According to Wikipedia, he has more than 20 films in hand at the moment, in 6 languages! Working with him in my film is not only a
191 views0 comments